This awesome levitating light bulb is called the FLYTE, created by Simon Morris. Is it magic? No, the FLYTE light bulb uses electromagnets controlled by a microprocessor and pull powered wirelessly through induction that transmits about 5V, so it is safe and harmless. Furthermore, it even doesn’t requires batteries, thanks to its low energy LED. It has a lifetime of 50 000 Hours ( 22 years based on 6 hours a day).

The FLYTE also can transform into a wireless charging base station, but with third parties accessory required.

The FLYTE project was developed in five years. It is on Kickstarter’s website, with pledged of $80,000 goal to put it into production. 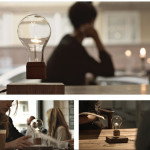 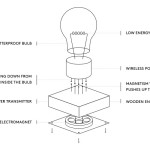 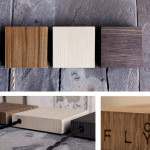